According to the announcement made by KPK Board of Technical Education, the Annual Exam Results 2013 of Diploma of Commerce and in diploma of Business Administration has been declared.

According to the statistics the total number of candidates appearing in the exams is 12401 and the number of successful candidates out of them is 7072 in the program of accounts, Office Secretarial, Banking and Shorthand Groups of Diploma in Commerce. This result makes the overall passing percentage to 57.03.

As far as the number of students who got registered for the Diploma in Business Administration Exam was 933 and successful candidates out of them remained 459 making a passing percentage of 49.20 percent.

Peshawar/KPK Technical Board Students are able to check their D.Com/DBA Result 2013 online at following links:

It has been announced by the Federal Board of Intermediate and Secondary Education regarding the results of SSC Annual Examination 2013 on Thursday in which girls dominated over boys and grabbed four top positions. The number of students getting success was 53967 out of the total number of students appeared which 69136 hence the percentage is was 77.67.  The Science Group was dominated by the girls whereas boys were seen getting the top positions in the humanities group. The number of successful students in the science group was 40728 out of total 43849 students appeared and 6265 students got successful out 8344 in the humanities group.

The top position holders in the Science Group were as follows, Rehmeen Zahid from Rangers Public School Rahim Yar Khan and Abdul Wasay Ikhlaq from F.G Boys Public High School, Wah Cantt and the marks obtained by both of the students were 1026. Talking about the second position which is taken by two students, Mohammad Umer Arshad and Noor Khalid of Army Public School Rawalpindi with 1025 marks and the third position was grabbed by Tooba Anwar and Sana Riaz who are the students of Army Public School and Fazaia Inter College with 1024 marks.

The top position holders in the humanities group were as follows, Ubaid Riaz and Muhammad Umair who are the students of Institute of Islamic Science with 938 and 926 marks and the 3rd position was occupied by Shareen Shafi who is the student of Al Amaal English School UAE with 924 marks.

As our team knows the importance of the Scholastic Aptitude Test (SAT) we have updated the complete details of this test for the students who want to get admission and are searching for Test and Score dates for SAT. Basically it is the requirement of the colleges of USA to conduct the SAT so the fair assessment of the student is made. The interest of a student in his subject is observed by the department of the college after the students attends his chosen subjects and obtains good marks in that subject. The first test of SAT was conducted in 1926 as the history tells and then a million of students took this test in order to continue their higher studies. One thing is very important for the critical thinking and that is enhanced critical thinking skills for all the students who want to appear for the test.

The details of dates for SAT are as follows:

The details of dates for online scores are as follows:

The SAT test is to be conducted in the whole world for seven times during a year as per the officials of the SAT told us and the total duration of SAT is 3 hours and 45 minutes consisting of:

The whole SAT test is divided in to three parts, Reading, Writing and mathematics.

According to Government College University Faisalabad announcements have been made for the submission schedule for M.ED and B.ED Annual Examination 2013.  The students can submit these application forms with single fee is from June to 24th July 2013, a double fee applicable  is from 8th  to 12th of July 2013 and a triple fee will be acceptable from July 15th to 18th 2013.

The GCU made some other announcements which are related to the application submission schedule of MSC and MA (Part 1 and 2) of First Annual Examination 2013 for all the private and affiliated college students.

This schedule is valid only for those students who have appeared in the 2nd Annual Examination 2013.

According to news more than 15 Degree Programs have been approved by the Agricultural University Faisalabad to meet the challenges of present world. The details of the additional programs are; BSc Energy System Engineering, PhD Ecology, BS Bio Informatics, PhD Physics, BSc Environmental Sciences, BSC Genetics, MSC Food Safety and Quality Control, MSC Food Operational Management, MSC Mathematics, MA English, MA Sociology, MA Economics, BBA and Associate Degree Program declared by the Vice Chancellor of Agricultural University Faisalabad Professor Dr. Iqrar Ahmed Khan in the 273rd session of the Educational Institution. Another approval has been made by the academic council of Agricultural University keeping in view the psychological interests of the students and these programs are Neuro Cagenetor Research Centre and Bio Medical Sciences. 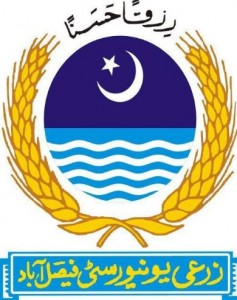 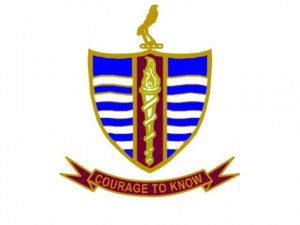 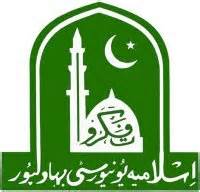 Federal Board of Intermediate and Secondary Education Islamabad will announce the result of 10th class part II for the year 2013 on 27 June 2013. FBISE Islamabad matric Part II class result will be made available on this page to facilitate the candidates.

Islamabad board will also declare the top position holder students of the matric part II today on June 27 at 05:00 pm in the special ceremony. Many congrats to the students who got success and positions in the annual exams of SSC part 2.

Federal Board Islamabad is going to celebrate the ceremony in which the names of the top position holder students of SSC Part 2 will be announced today at 05:00 pm. FBISE Islamabad has already declared the result of the annual exams of Matric class part 2 for the year 2013. The candidates can find their 10th class result of Islamabad board on this page with complete details for 2013. The successful candidates should be blessed with best wishes on their successes and promotion to the higher classes.

FBISE Islamabad has declared the annual exams 10th class result for 2013 on June 27, 2013 on today. The complete result of Federal Board of Intermediate and Secondary Education Islamabad is available on the following links and you can get the result from there with complete detail.

The Federal Board Islamabad will also announce the names of the topper students today at 05 pm in the ceremony hold in their honour. Many best wishes for the successful candidates and pray for their further successes in their career.